On March 11th and March 12th, the FranceTV film crew will be in Kingman, AZ to film a segment for their television show, Echappees Belles, hosted by Sophie Jovillard.  The production team will be working with Thunder-Rode Motorcycle Accessories in downtown Kingman to film the segment which will be based on Route 66 and Bikers.

Thunder-Rode Motorcycle Accessories is currently looking for a passionate biker who LOVES Route 66 and would love to share their passion of The Mother Road with Sophie on the open road.  The local motorcycle enthusiast chosen will be taking the star presenter, Sophie Jovillard, on the back of their bike from Kingman, AZ to Seligman, AZ.  During the Route 66 road trip, the film crew will be following in separate cars, filming along the way.  The Echappees Belles show is looking to capture some down-to-earth interaction between Sophie and the chosen local biker regarding Route 66 in Arizona and how unique and amazing our state's scenery is along the route.

The FranceTV film crew will be in Kingman on March 11th.  They plan to film the Echappees Belles show segment on March 12th.  The production team is willing to compensate a day's wages, if needed, to the chosen biker who will be taking Sophie for a ride down Route 66.

If you are a local biker in the area with expert knowledge of Route 66 and all its hidden gems, with a charismatic personality, and not camera shy, Thunder-Rode Motorcycle Accessories wants to hear from you.  To be considered for this once-in-a-lifetime opportunity, email Thunder-Rode a brief write up about yourself along with a link to a video (such as a YouTube video) showing off your personality and Route 66 knowledge.  Email all submissions to thunderrodeproduction@gmail.com by February 25, 2020. 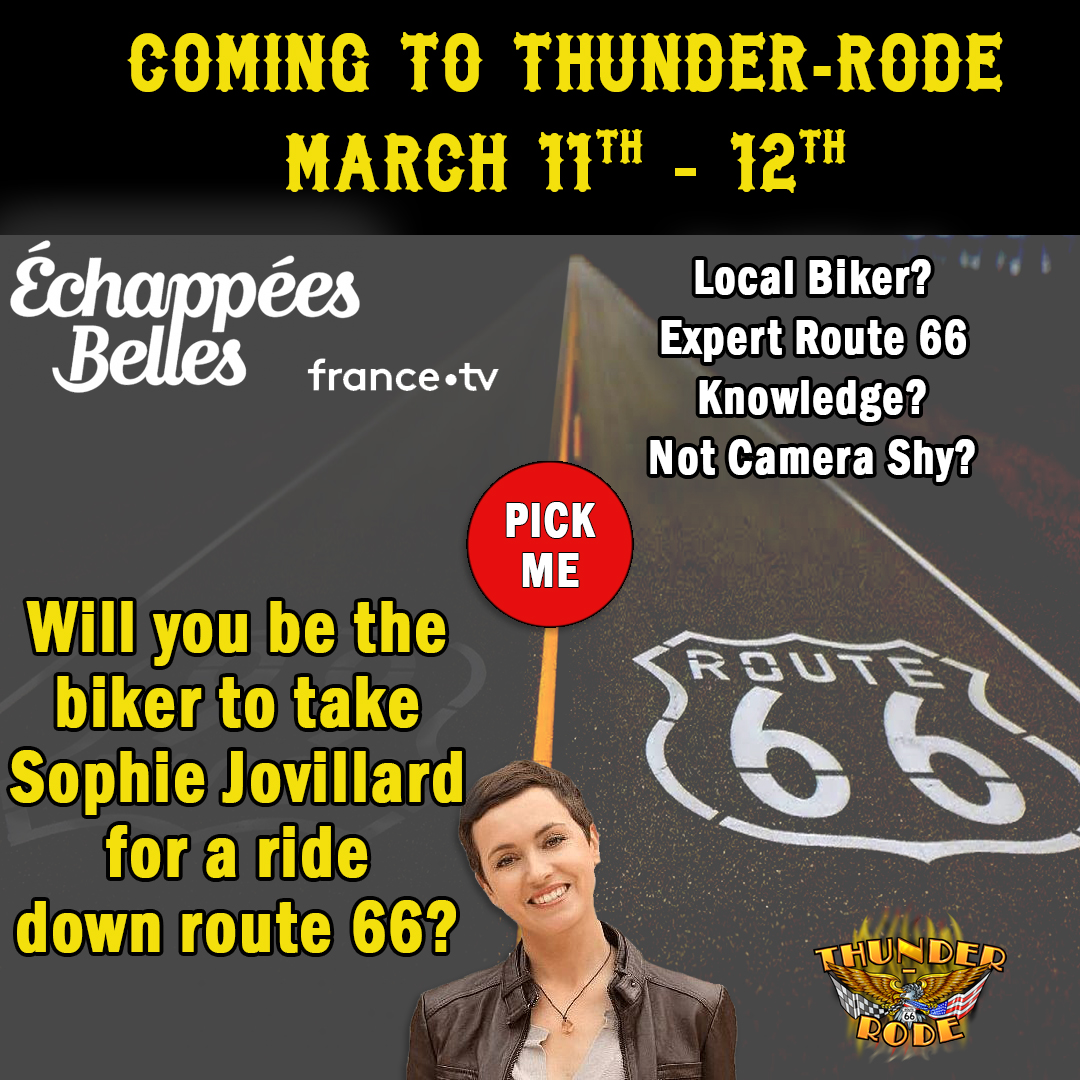